We will provide the most accurate findings.

From Wikipedia, the free encyclopedia

“Chinese drywall” refers to an environmental health issue involving defective drywall manufactured in China, imported to the United States and used in residential construction between 2001 and 2009 — affecting “an estimated 100,000 homes in more than 20 states.”[1]

In samples of contaminated drywall, laboratory tests will detect off-gassing of volatile chemicals and sulfurous gases — including carbon disulfide, carbonyl sulfide, and hydrogen sulfide. The emissions worsen as temperature and humidity rise, will give off a sulfuric (rotten egg) odor and will cause copper surfaces to turn black and powdery, a chemical process indicative of a hydrogen sulfide reaction and an early indication of contaminated drywall. Copper pipes, electrical wiring, and air conditioner coils are affected, as well as silver jewelry. Homeowners have reported health symptoms including respiratory problems such as asthma attacks, chronic coughing and difficulty breathing, as well as chronic headaches and sinus issues.

The copper coils on this air conditioner unit are blackened and corroded.

Drywall, also known as plasterboard, is a building material typically consisting of gypsum-based plaster extruded between two thick sheets of paper and kiln-dried.

Drywall was imported by the United States during the construction boom between 2004 and 2007, spurred by a shortage of American-made drywall due to the rebuilding demand of nine hurricanes that hit Florida from 2004 to 2005, and widespread damage caused along the Gulf Coast by Hurricane Katrina in 2005.

An analysis covering drywall imports since January 2006 showed that more than 550 million pounds of Chinese drywall was brought into the United States since then, enough to build 60,000 average-sized homes

The green and red coloration in these copper components is an indicator that they were subject to typical corrosion, and not as a result of hydrogen sulfide emitted from contaminated imported drywall.[6]

Homeowners alleging contaminated drywall have reported numerous incidents of corroding copper and other metals in their homes. The Florida Department of Health advised homeowners worried about tainted drywall to check copper tubing coils located in air conditioning and refrigeration units for signs of corrosion caused by hydrogen sulfide, as these are usually the first signs of the issue. Under normal circumstances, copper corrosion leaves it a blue/green or dark red color, whereas corrosion as a result of hydrogen sulfide exposure leaves a black ash-like corrosion. Homeowners who have verified that their home contains contaminated Chinese drywall are advised to replace any suspect drywall, as well as any potentially damaged copper electrical wiring, fire alarm systems, copper piping, and gas piping.[6]

In the United States, most complaints have come from states in the Southeast, where a warm and humid climate seems to encourage the emissions.[7] According to published reports, “Chinese drywall was used in the construction of thousands of homes, mainly in the South, after a series of hurricanes in 2005 and before the housing bubble burst.”[8]

The CPSC has released a guide for identifying the symptoms of a home affected by the problem drywall.[14]

Knauf Plasterboard Tianjin Co., Ltd.,[15] part of Knauf Gips KG,[16] has been identified as a major producer of imported Chinese drywall. Though a number of other Chinese companies are believed to have produced defective drywall, Knauf’s name comes up most frequently, because the company prints its name on its products. Much of the other contaminated drywall has no markings, making it difficult to identify its origin.[17][18]

Dramatic increases in new home construction, coupled with the reconstruction effort after hurricane damage, led to a soaring increase in the quantity of imported Chinese drywall. Time magazine reports that more than 550 million pounds of drywall has been imported from China since 2006, including much from the known principal manufacturer of the contaminated drywall, Knauf. However, domestic drywall manufacturing averages over 15 million tons (30,000 million pounds) per year, leaving imported Chinese drywall with only a small portion of the market. It is estimated that this imported drywall has been used to construct approximately 60,000 homes.[19]

Drywall usually has a source printed on the back. Chinese drywall may be marked “Made in China”, “China”, “Knauf Tianjin”, or have no marking at all. A home may have been built with drywall from several sources, American and imported.[21]

In April 2009, home improvement stores The Home Depot and Lowe’s confirmed from their suppliers that no drywall sold in their stores was imported from China. Lowes did eventually settle lawsuits by offering up to $100,000 for each affected home but denied selling Chinese drywall.[22]

On November 23, 2009, CBS News reported that they had done a drywall study to compare American and Chinese drywall. Random samples of new American-made drywall in six U.S. cities, new Chinese-made drywall from China, and samples of drywall from five damaged U.S. homes were collected and sent to the University of Florida to be tested by a team of researchers led by professor Tim Townsend, a scientist and leading expert on the effects of drywall on the environment. The report results stated:

In April 2009, as concerns about the defective drywall grew, Senator Nelson of Florida and Senator Mary Landrieu of Louisiana jointly introduced a resolution and bill urging the Consumer Product Safety Commission to recall Chinese-made drywall and temporarily ban its import.[25]

In May 2009, the U.S. House of Representatives passed an amendment to the Mortgage Reform and Anti-Predatory Lending Act (H.R. 1728) that would require the Department of Housing and Urban Development (HUD) to study the effects of tainted Chinese drywall on foreclosures and the availability of property insurance.[26] This measure did not pass as a standalone bill, but was incorporated into the Dodd–Frank Wall Street Reform and Consumer Protection Act (Subtitle H (Miscellaneous Provisions), Section 1494), signed into law on July 21, 2010.

In November 2009, the CPSC reported on an indoor air study conducted by the Center for Disease Control (CDC) comparing 41 “complaint” homes in five states with 10 control homes built around the same time. The report found a “strong association” between the imported drywall and levels of hydrogen sulfide gas and metal corrosion in the complaint homes.[27]

Lab comparisons of Chinese- and American-made drywall show significantly higher levels of pyrite in the Chinese material. This suggests that pyrite oxidation may be the source of the sulfur compounds released by Chinese drywall.[28]

The problems have been attributed to the use of fly ash in the drywall, which degrades in the presence of heat and moisture; although United States’ drywall uses fly ash as well, the process used creates a cleaner final product.[29]

According to a 2010 laboratory study, one hundred percent of affected drywall samples obtained from homes located in the southeastern United States tested positive for the presence of Acidithiobacillus ferrooxidans, an iron and sulfur reducing bacterium. Samples of non-contaminated drywall were found to contain only minuscule levels of A. ferrooxidans.[30]

Forensic analyses suggest that disproportionation of elemental sulfur to hydrogen sulfide and sulfuric acid, caused by bacteria, was the primary cause of the malodors.[31]

There are few studies exploring the effects of long-term low-level exposure to sulfur gases. However, it is believed that short-term exposure, over the period of a few hours, can result in sore throat, eye irritation, cough, shortness of breath, chest pain, and nausea. Long term exposure, over a period of weeks, is believed to cause chronic fatigue, insomnia, loss of appetite, dizziness, irritability, headaches, and memory loss.

The Florida Attorney General‘s office has warned of several deceptive practices targeted at homeowners, including bogus test kits, home inspection offers, ozone generators and chemical cleaners. The warnings point out that the presence of defective drywall cannot be determined by testing a home’s air, or corrected by chemical sprays or ozone generators.[32]

More recently, news reports have pointed out “convicted scammers, thieves and uncertified workers who illegally pose as licensed contractors” and profit from homeowner confusion and panic. The Palm Beach Post found that of 47 remediation and inspection companies checked, 26 were created since January 2009, and only 18 of the 47 were run by licensed contractors. In Florida, lack of legal regulation allows anyone to “remediate” drywall problems, regardless of training or professional qualifications. The most recent job of one company’s owner was operating an Asian Brides website.[33]

Do you have any questions? 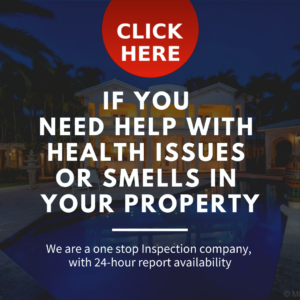 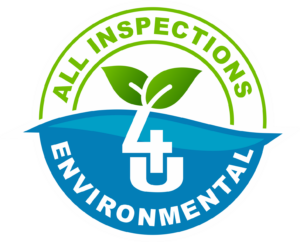